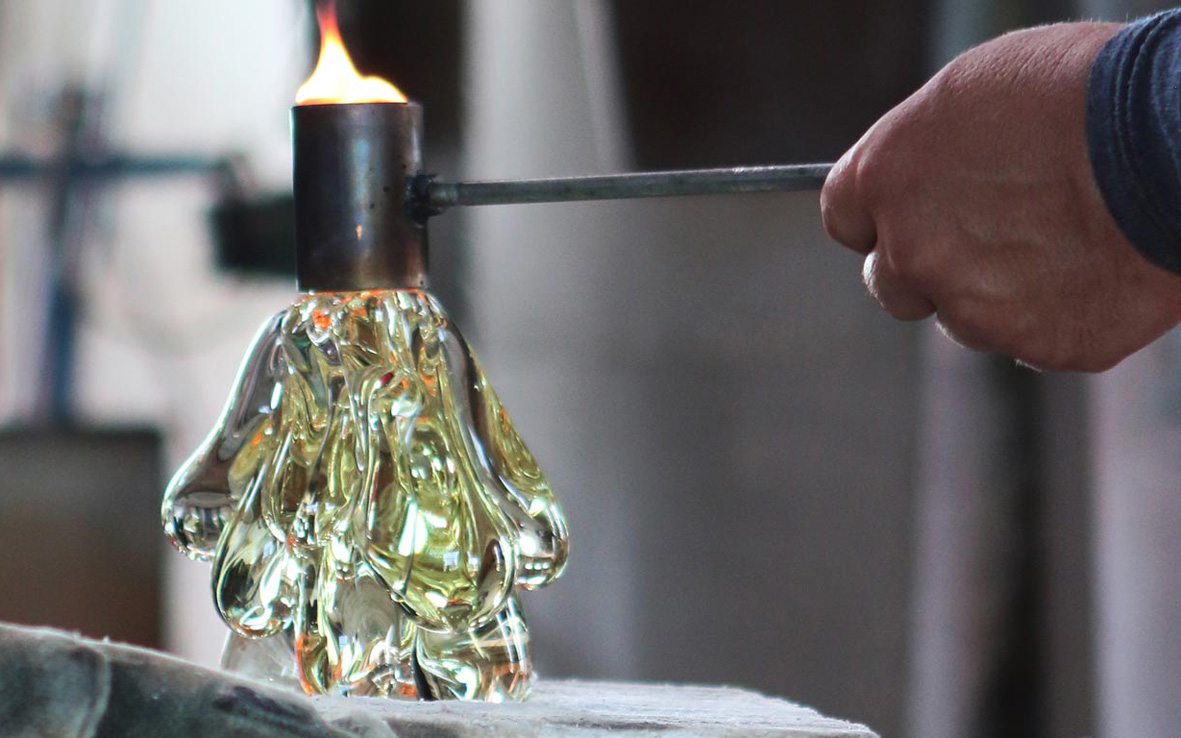 This April, in conjunction with Euroluce, part of the Salone del Mobile in Milan, SkLO will present new designs for 2019 as part of its lighting collection, SkLO : LIT.  Designs making their European debut at Euroluce include the BALANCE Pendant, the DEW Pendant, the DRAPE ARM 1 Sconce, and the TWIN Sconce. 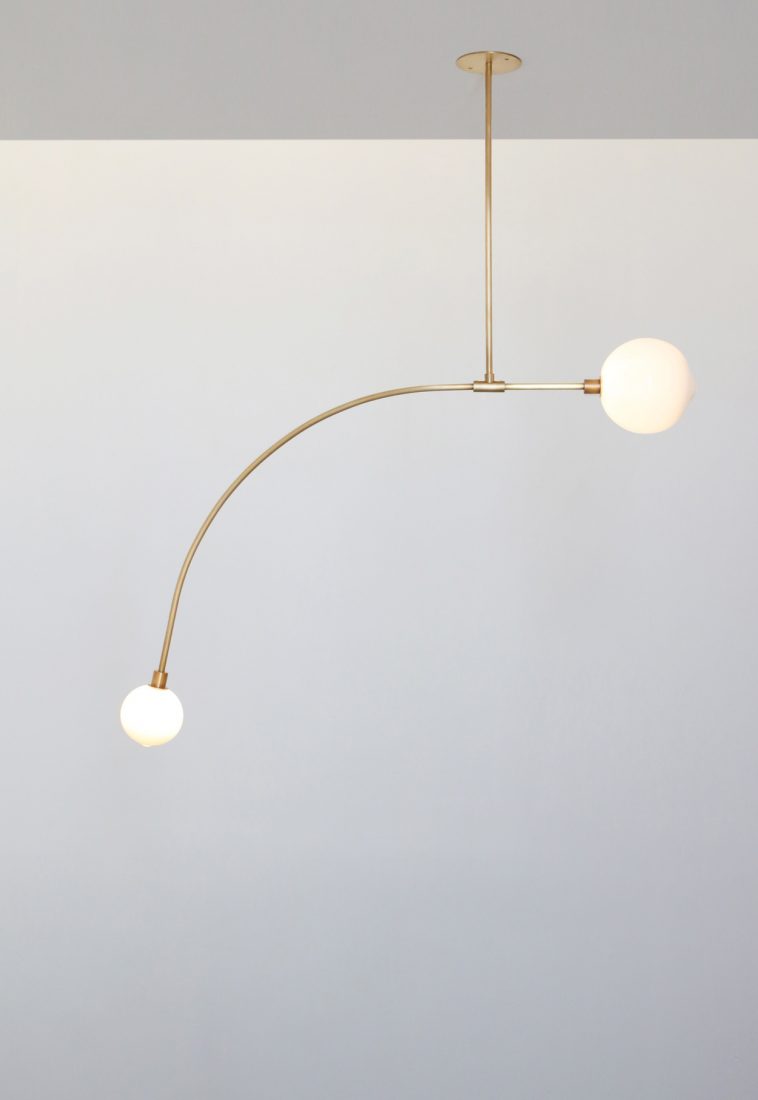 For Euroluce, SkLO will be displaying a layered installation of multiple BALANCE that showcases the potential complexities of multiples. 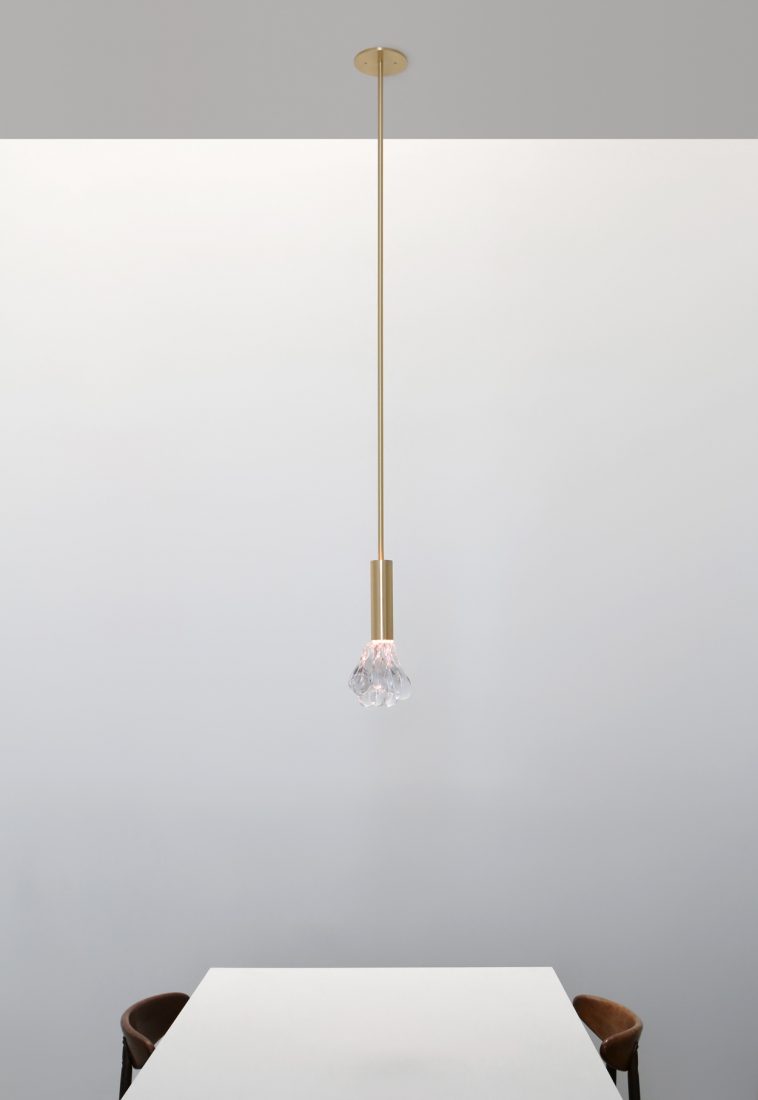 The DEW Pendant is an intense expression of the molten nature of glassblowing. For a diffuser, the DEW Pendant features a solid, sculpted glass form composed of layers of glass applied while hot, giving it a distinct “dripping” appearance.

“Topped with a clean brass cylinder,” says Paul Pavlak, Gilbert’s husband and co-designer, “DEW shows our ability at SkLO to combine the minimal and the decorative for a modern effect, without sacrificing compelling visual interest, or beauty. 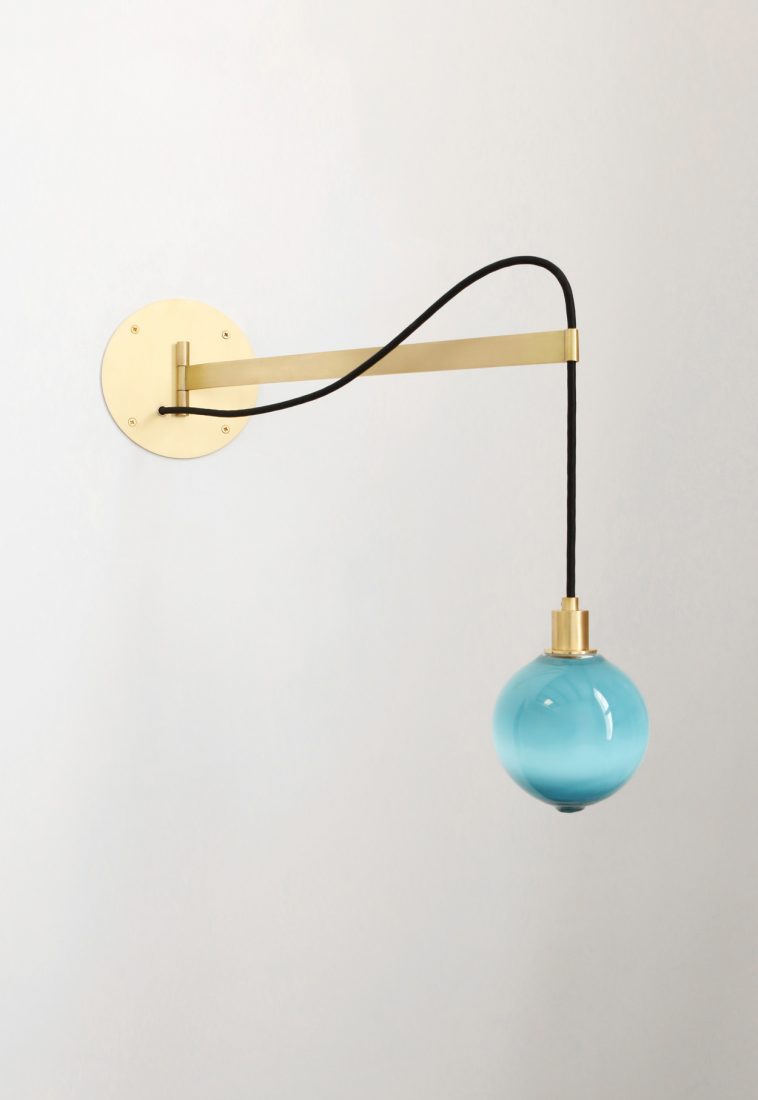 The DRAPE ARM 1 Sconce is a new addition to the DRAPE collection, debuting at Euroluce. A wall sconce consisting of a single, lit sphere mounted on a solid brass hinged arm. The arm has a full 180-degree movement.

“It’s about the relationship between the exposed fabric-wrapped electrical cord and the brass hinge,” says Pavlak. “This is an example of our interest in preserving the simplicity and beauty of the concept of this light fixture by allowing for a less formal, exposed relationship between the functional electrical aspect, and the mechanical hinged aspect of the design.”

The fabric-wrapped electrical cord is entirely exposed, reaching from the canopy at the wall and passing through the end of the arm, to fix the length of the pendant there. 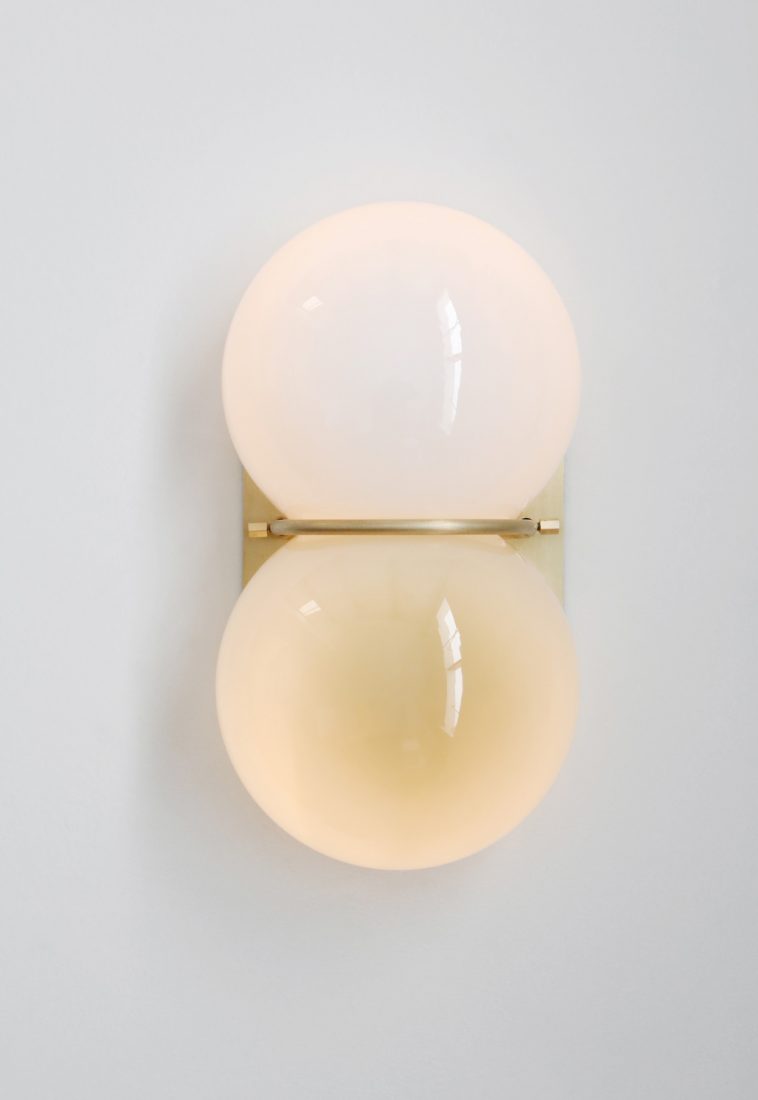 “Of all the designs making their debut at Euroluce, I am very excited about the TWIN Sconce,” says Karen Gilbert. “Its complex geometry is the direct result of the skill of the glassblower, combining two shapes while hot on the pipe. From there, we respond to this beautiful shape, this beautiful piece of glass, by introducing solid brass in such a way that it embraces and elevates the glass itself, making beautiful light.”

Each side of the TWIN is individually lit by its own LED bulb, and the glass for TWIN is available in two color palettes – white and blue – in which each half of the light is a slightly different color (white/beige and dark blue/light blue).

SkLO will be exhibiting at the Euroluce division of the Salone del Mobile, the premier global lighting design exhibition, in Milan, April 9-14, Hall 15, Stand E29. 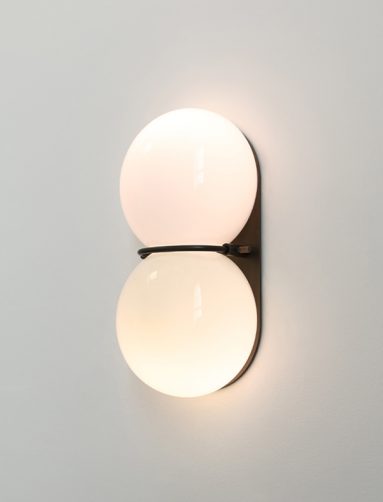 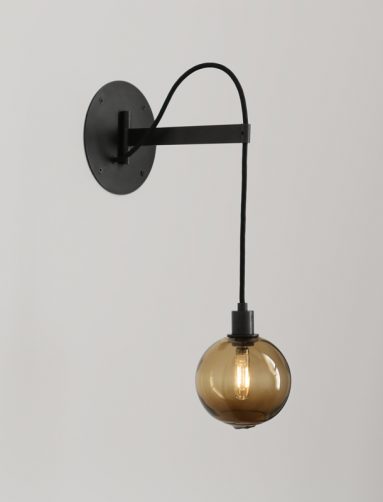 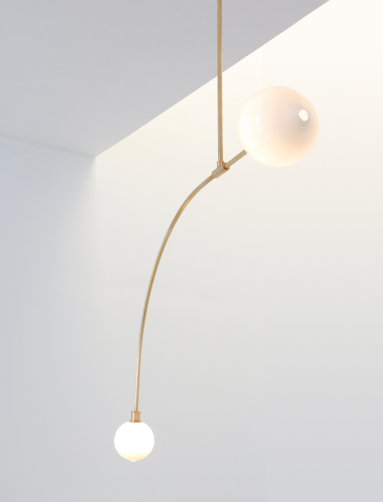 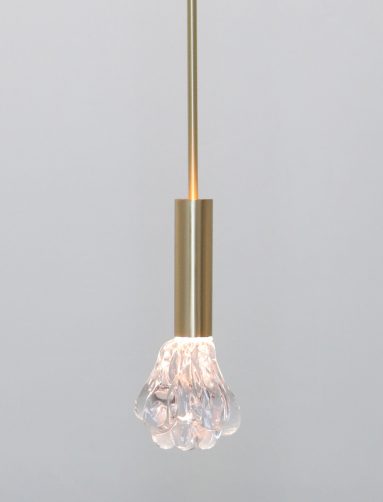