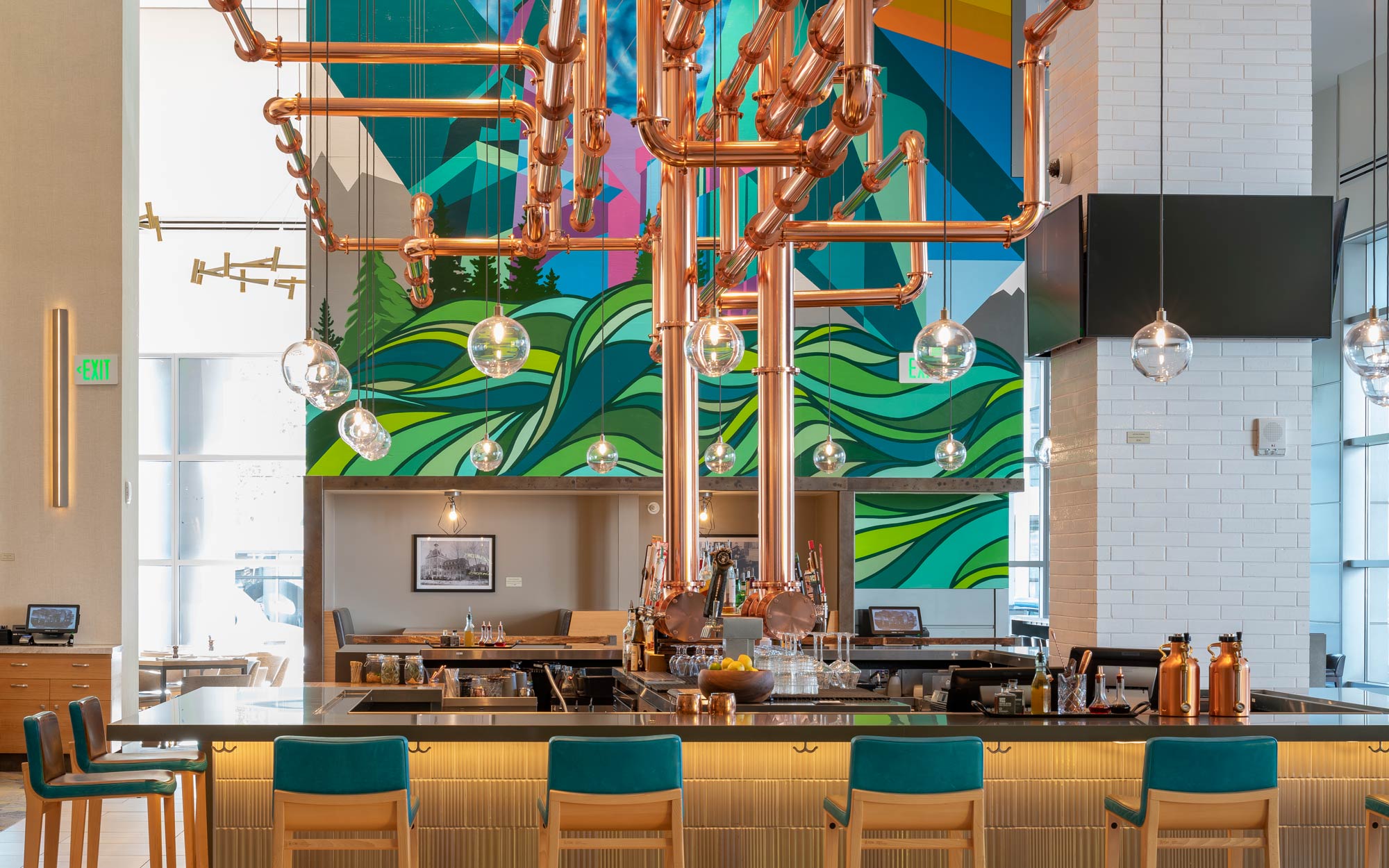 Inside the Hyatt Regency in Downtown Denver, Colorado, is a magnificent restaurant, the Former Saint Craft Kitchen and Taps. The restaurant and its interiors were designed by EDG, as part of their complete renovation and redesign of the Hyatt Regency hotel itself.

EDG chose SkLO to provide the lighting for critical spaces within the large restaurant, which occupies a prominent street-level space within the hotel. 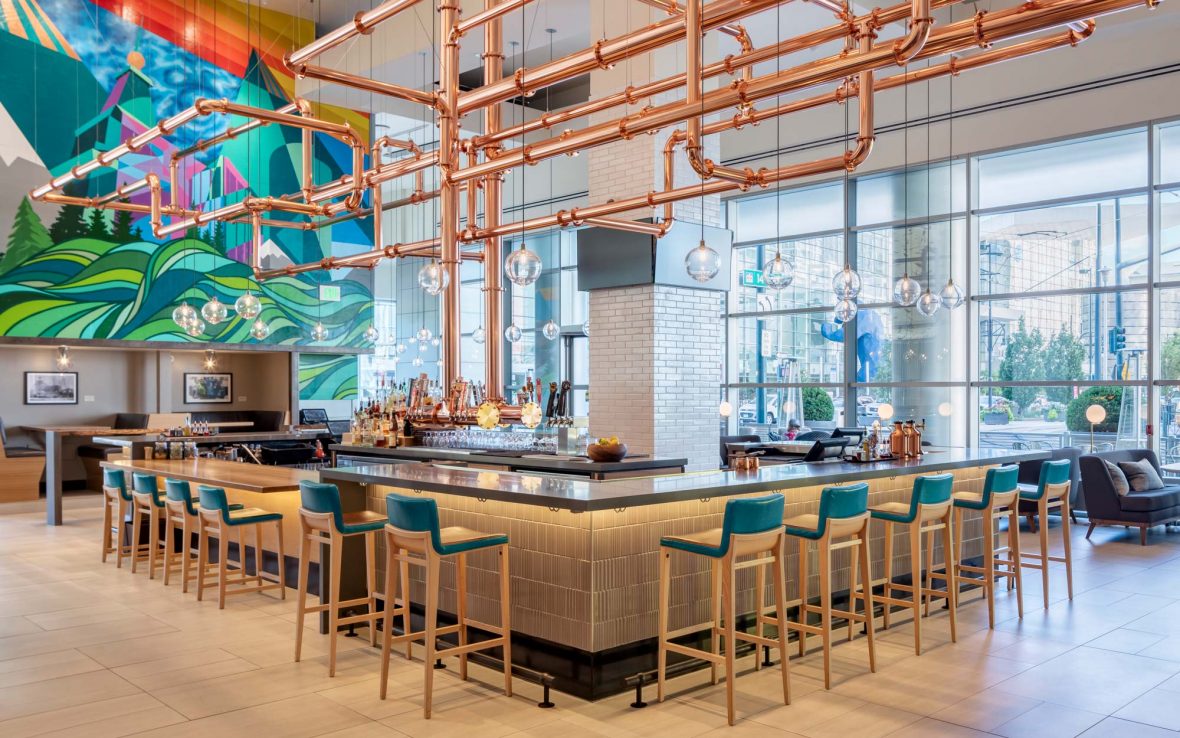 To light the bar, EDG selected 21 SkLO DRAPE Pendants, which integrate into the copper tubing. EDG chose a custom brushed nickel-plated finish for the solid brass hardware of the DRAPE Pendants, as well as clear 7” (18cm) diameter glass.

Suspended on over 7 feet of grey fabric-wrapped cord from the high ceilings, the pendants are evenly spaced around the perimeter of the massive bar, bringing light down to the patrons seated there.

The DRAPE Pendants are simple cord-suspended fixtures that do not compete with the complexity of the copper pipe composition, yet simple details such as the unique fire-polished mouths on each pendant – no two exactly alike – allow the lights to still become an important design element themselves. 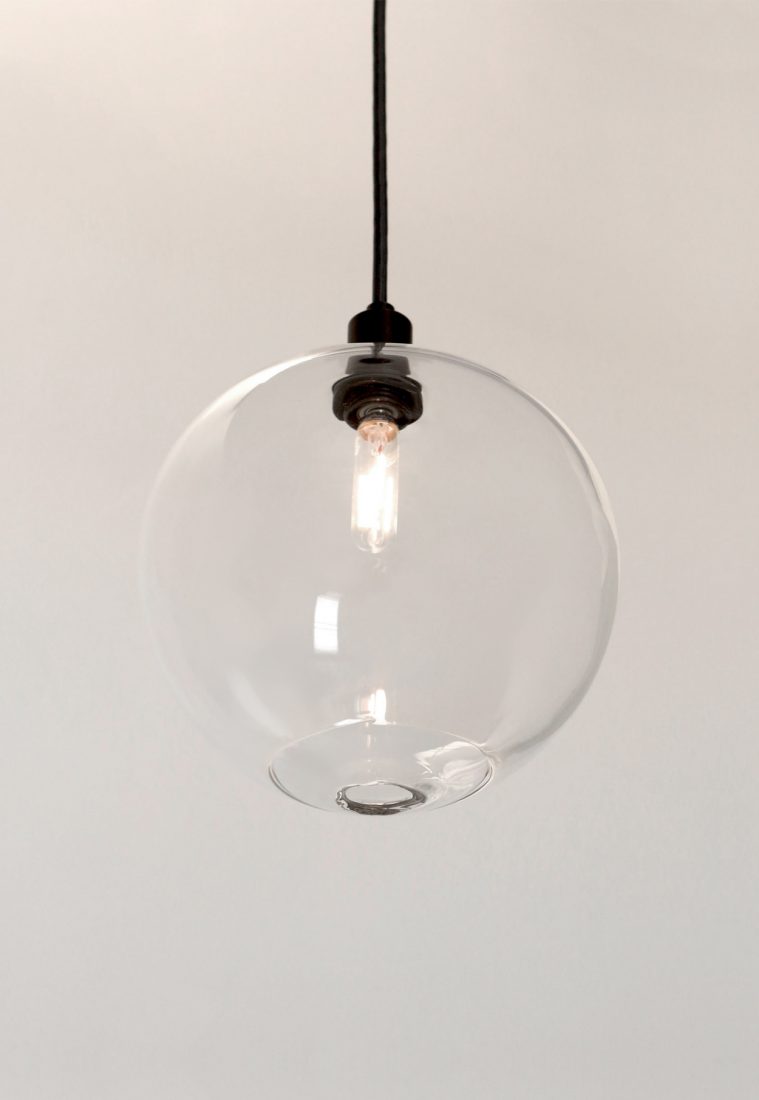 Just inside the front door of the restaurant along the tall windows facing the street is a small alcove with communal tables arranged end-to-end next to the prominent wrap-around custom interior mural by SoGnar.

For this location, EDG commissioned two custom fixtures, one to go above each table. Each fixture consists of 9 individual pendants clustered into groups of 3 and suspended from custom 7 foot long by 10-inch wide ceiling canopies. The two fixtures borrow the palette from the bar DRAPE Pendants, with the canopies and other hardware receiving the custom brushed nickel-plate finish. Each group of 3 pendants consists of two 4 ½” (11cm) diameter glass spheres and one 7” (18cm) diameter glass sphere, staggered vertically and suspended on the same grey fabric cords. These two custom fixtures had a total overall drop length of over 12 feet. 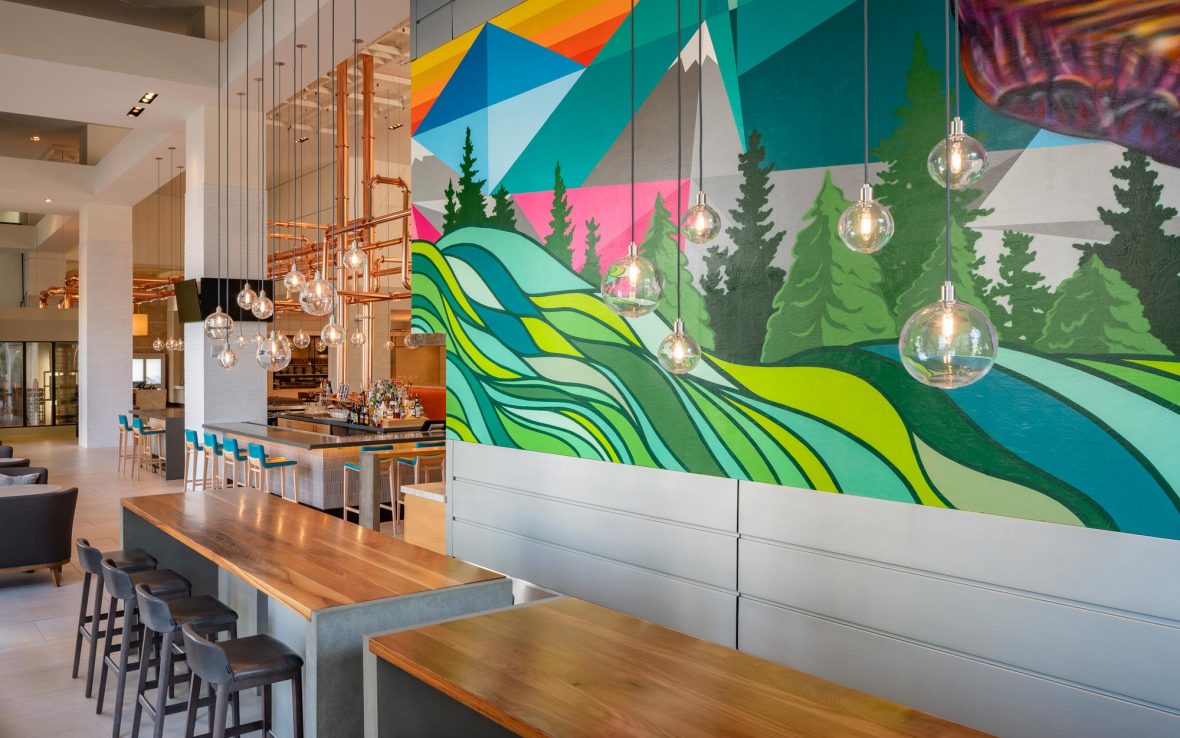 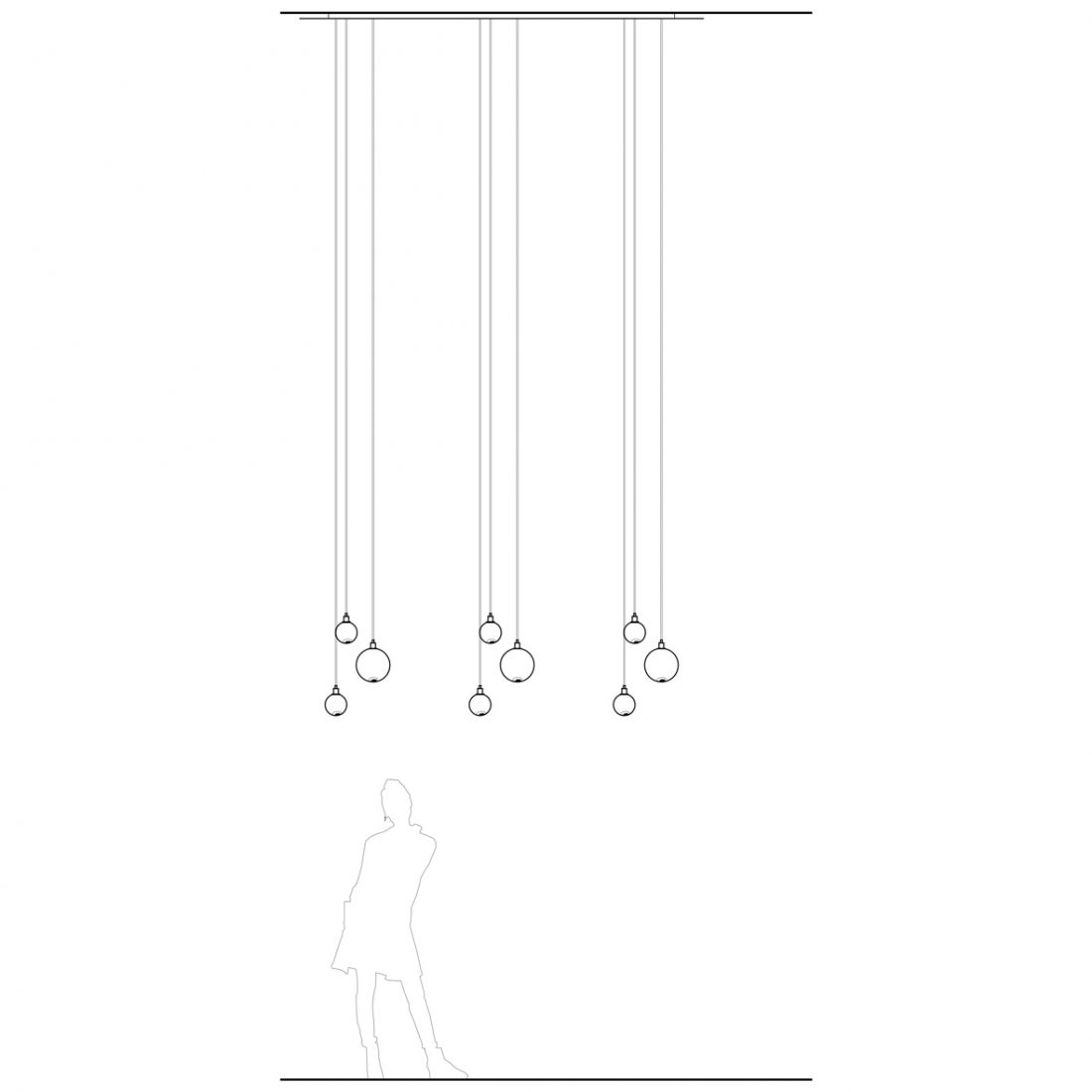 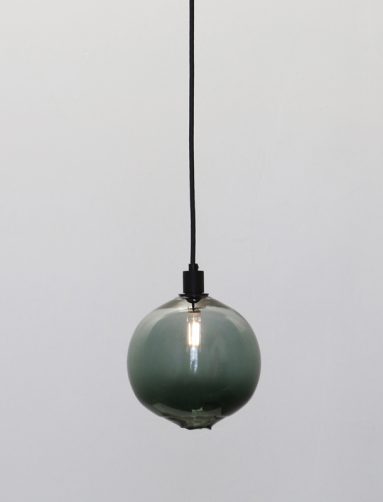