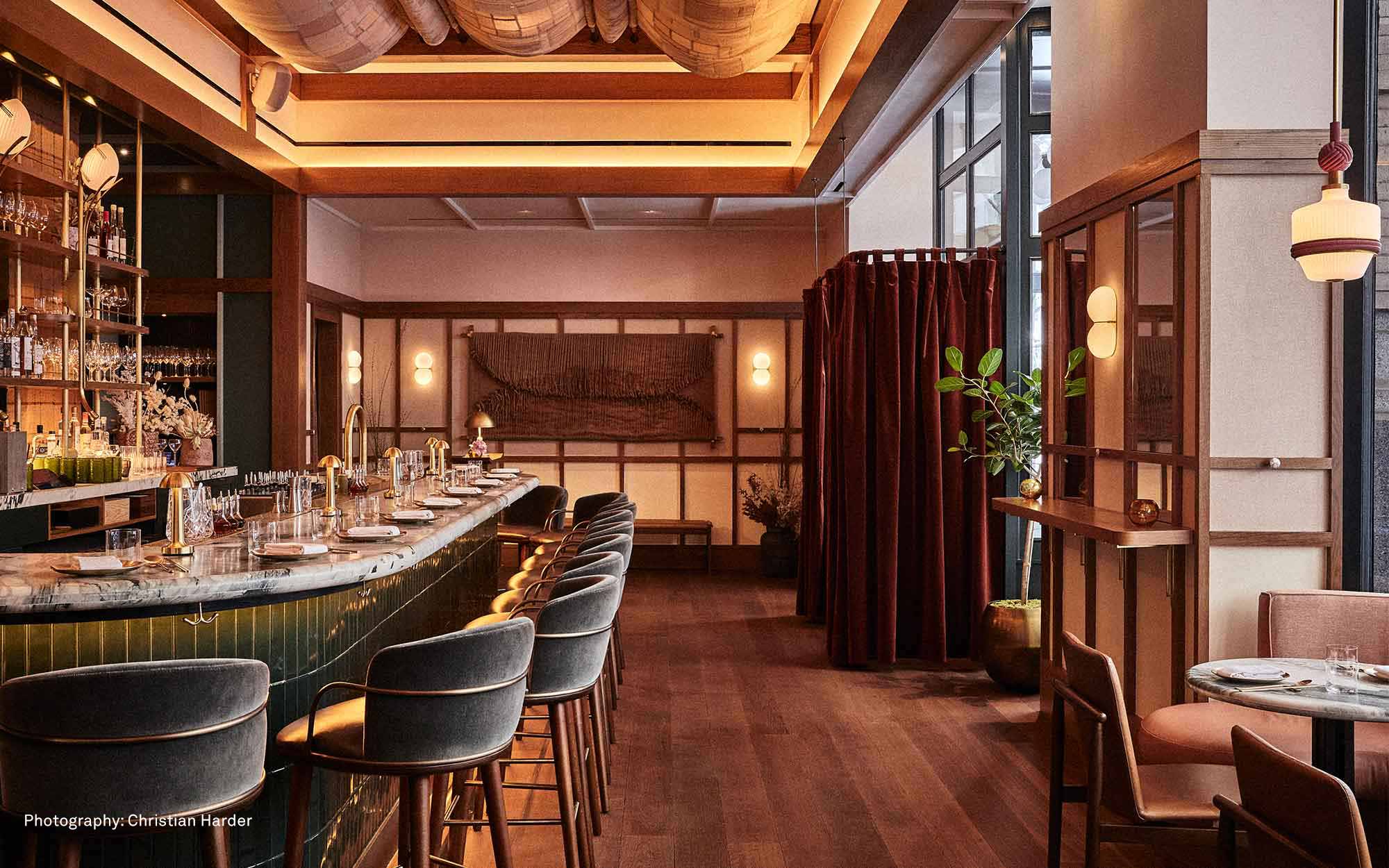 For the design of the Oiji Mi interiors, chef Kim selected the visionary firm AvroKO, known for producing some of the most distinct and striking hospitality interiors over the last 20 years. Surface magazine describes AvroKO: “No other firm marries concept and aesthetics with as much depth and personality; they have an uncanny ability to make spaces feel old, new, and timeless all at once”.

As part of the lighting design for the Oiji Mi interiors, AvroKO chose SkLO Twin 1.0 Sconce. 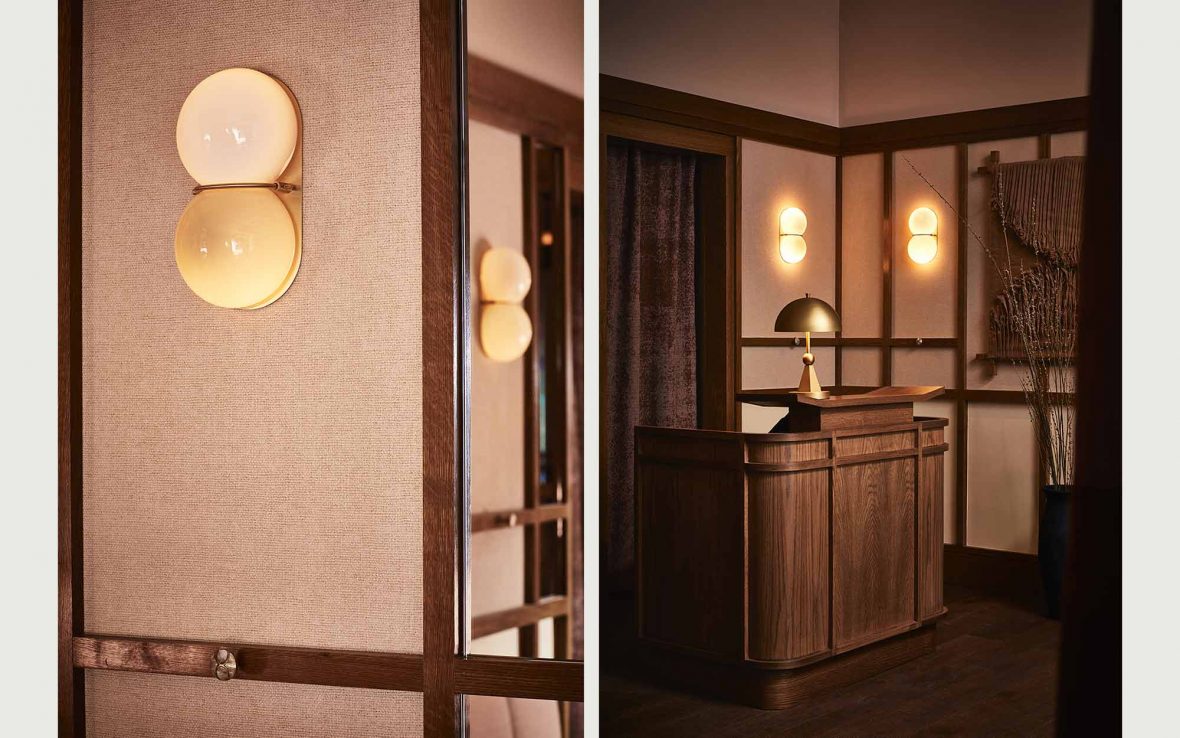 “We wanted guests to feel like they were straddling two places in a liminal state – not quite Korea and not quite New York,” says AvroKO about their concept for the design. “The layout of the traditional Korean home, or Hanok, drives the architecture of the space.” AvroKO themselves designed some of the light fixtures at Oiji Mi, including custom pendants inspired by traditional Korean accessories and bar lighting mimicking traditional Korean hairpins.

The subtle classicism and timeless modern personality of the Twin 1.0 Sconce allow it to fit seamlessly within this visual language. AvroKO selected the white glass palette and a brushed finish for the solid brass hardware to compliment their palette of “soft pinks and cool greens.” 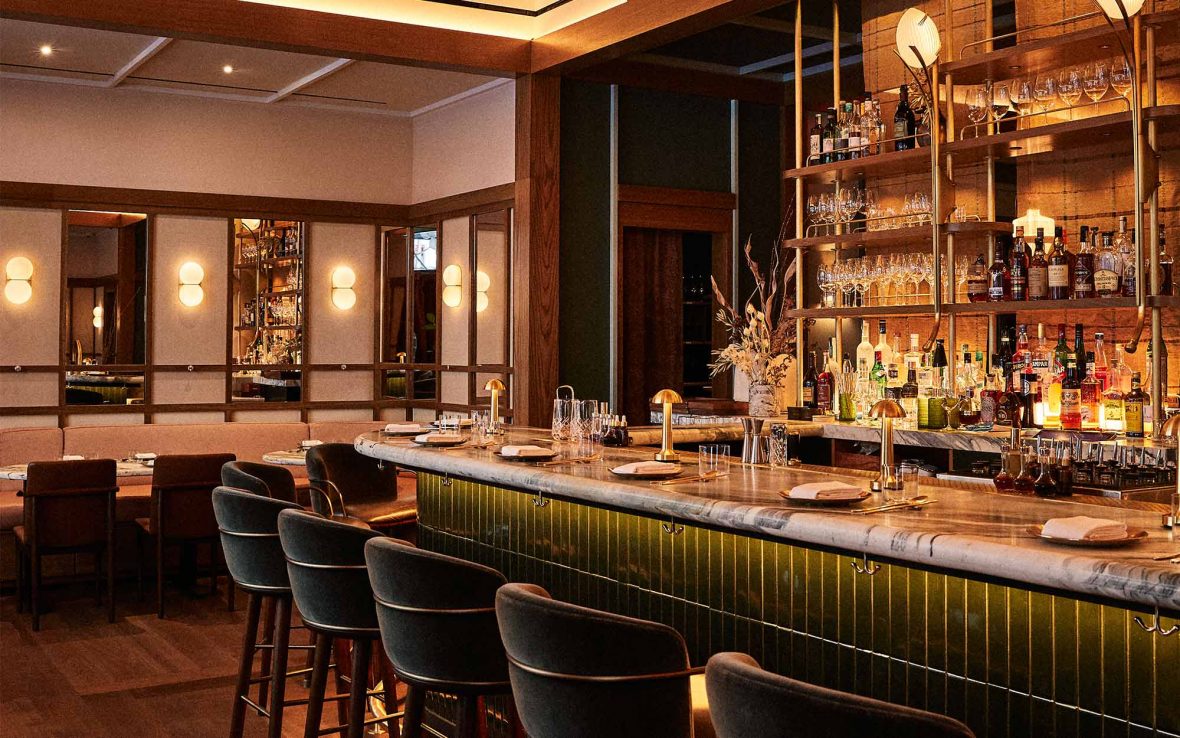 “The hospitality interiors of AvroKO are so inviting and so special,” says SkLO Partner and Lead Designer, Karen Gilbert. “I love the way the timelessness of the design of the Twin lighting collection works within the timeless interiors of AvroKO. To see the Twin 1.0 Sconce play such a prominent role in this project, where so many traditional Korean influences are at play, is a wonderful reminder of the flexibility of the Twin aesthetic.”